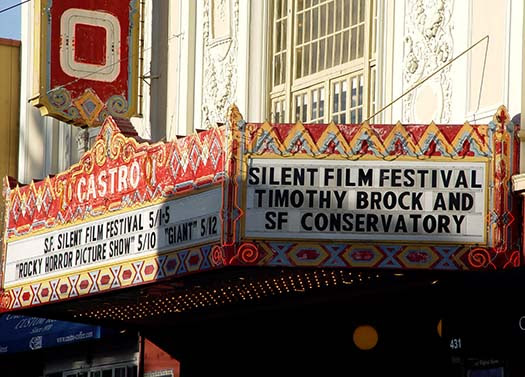 The Castro Theater hosted the annual SF Silent Film Festival for five days and 24 movies last week, featuring an unusual number of rarities and restorations from around the world. 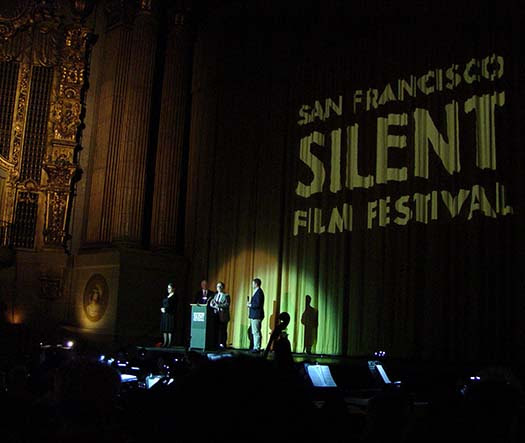 Opening night started with an award ceremony for Gian Luca Farinelli, the director of Il Cinema Ritrovato, an annual nine-day festival in Bologna, Italy of films restored to their original splendor, including the evening's featured 1928 movie, The Cameraman, Buster Keaton's first for MGM and his last great silent feature. 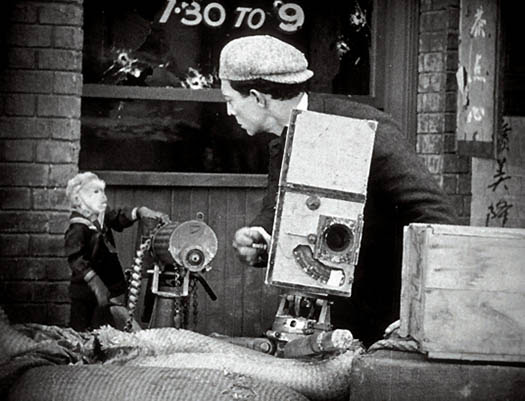 Filmed mostly on location in New York, the movie is the usual Keaton tale of Buster trying to impress a girl and getting himself into all kinds of trouble, in this case posing as a freelance newsreel cameraman getting tangled up in ticker-tape parades, a Chinatown Tong War, a public swimming pool, and a yacht race. I had never seen or even heard of the film before, which was surprising because there are sequences as funny and brilliant as anything in Keaton's career, and to see it in a beautifully restored print was heavenly.

To add to the experience, there was a seventeen-member orchestra from the SF Conservatory on hand playing an original score that was commissioned in 2010 by the Los Angeles Chamber Orchestra from conductor/composer Timothy Brock. 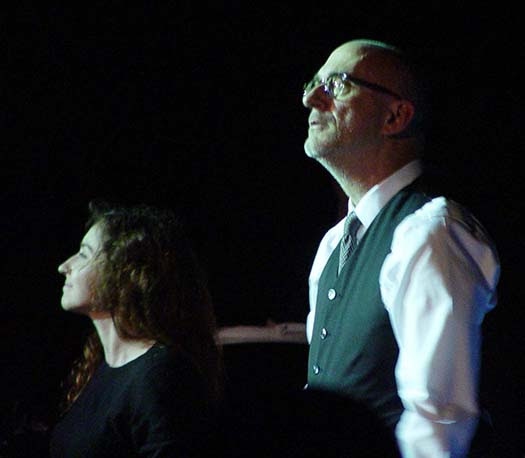 Brock, above, conducted his surprisingly detailed and complex score with verve, and the young performers were very, very good. It would be wonderful if SF Conservatory musicians playing at the festival becomes a new tradition because they added a whole new dimension to the movie. Plus, it must be fun to perform for a full house of over a thousand audience members who gave them a well-deserved standing ovation. 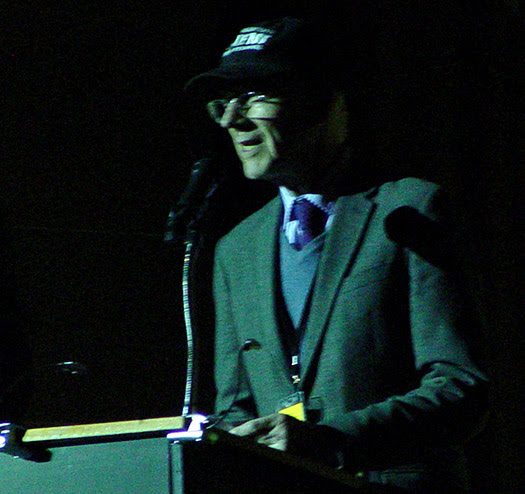 On the second evening of the festival, the legendary, 81-year-old British film director and silent film archivist Kevin Brownlow, who was responsible for putting Abel Gance's Napoleon back together, introduced The Signal Tower, a 1924 melodrama shot on location at a lonely railway signaling station in the mountains of Mendocino. Brownlow related a long, hilarious story of trying to get the only surviving print from a recalcitrant hoarder in England who would not give it up for anything because "It's my favorite railroad movie." After Brownlow's decades-long, fruitless attempts to get his hands on the print, the owner finally died and his heirs told Brownlow to pick it up with ALL the other films and VCRs in the decedent's home, "which were thousands of recordings of terrible American television shows." 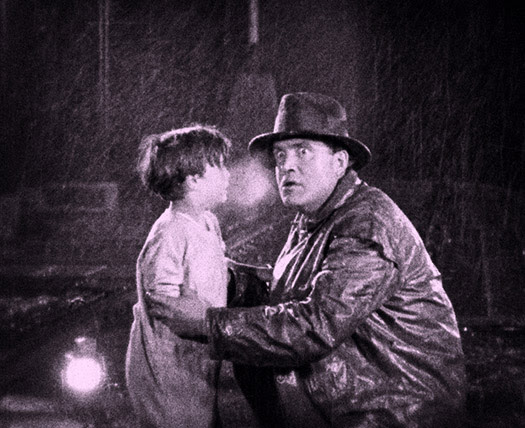 The film starred Wallace Beery as a smooth, evil snake renting a room in the self-built mountain home of a sweet railway signalman living with his pretty wife and son. The movie was surprisingly good, and the English hoarder was right — it is a great railroad movie. 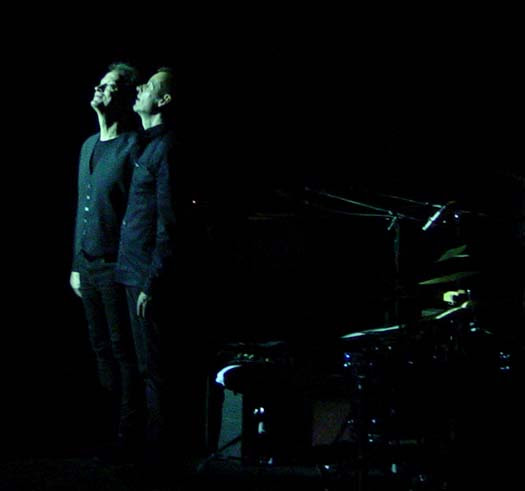 Providing brilliant musical accompaniment was the pianist Stephen Horne and percussionist Frank Bockius. It was impossible to tell what parts of the score were notated and what was improvised, but the partnership between the two musicians was seamless. 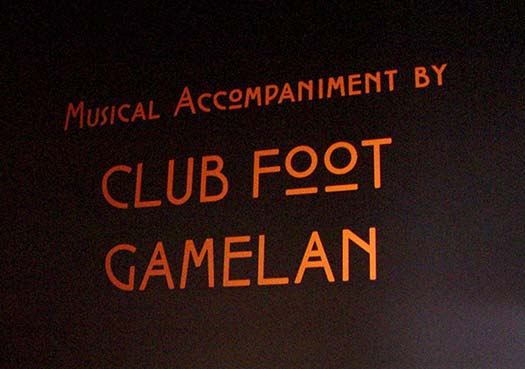 Saturday afternoon I attended a 1933 ethnographic film called Goona Goona: An Authentic Melodrama of the Isle of Bali, directed by a pair of Frenchmen, Andrew Roosevelt and Armand Denis, with musical accompaniment by the Clubfoot Orchestra blending their jazz-inflected score by Richard Marriott with two Balinese performers on gamelan percussion instruments. One of them even supplied vocals for a few scenes that were exquisite. 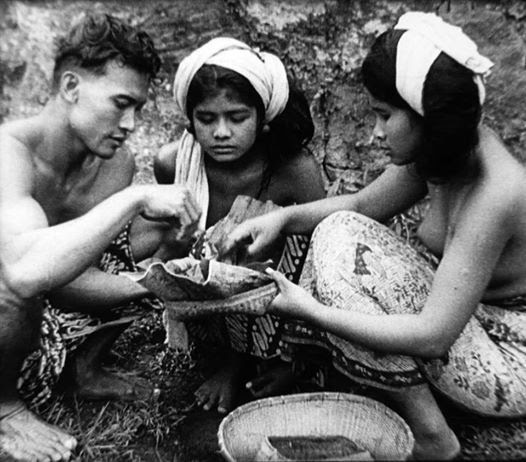 According to the beautifully printed, 148-page festival program, Goona Goona films were essentially bare-breasted exploitation movies posing as ethnography which were shown in Elks Lodges and other U.S. locations where Legions of Decency couldn't shut them down. The movie was a fascinating look at Bali before plumbing or electricity, populated by strikingly beautiful people with bad teeth. Even the tragic love triangle that constituted the "melodrama" was absorbing, though the fact that the heroine looked to be barely past puberty was discomfiting. 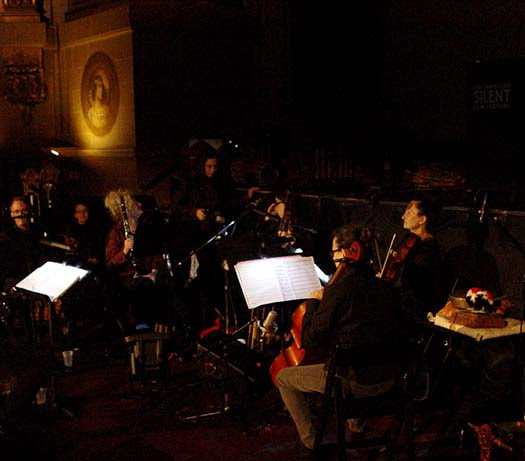 I only went to three films but wished I had seen more, though the marathon viewers at the festival started to look like Mole People by the weekend, blinking at the sunlight outside as if it were a foreign substance. My friend Patrick Vaz saw 23 films, for which he deserves some kind of award certificate.
Posted by Civic Center at 6:50 PM

Wednesday night's opening, "The Cameraman," which he had already seen.