The American Bach Soloists began by performing J.S. Bach's cantatas at St. Stephen's Church in Belvedere 30 years ago under Music Director Jeffrey Thomas, and this season they are reprising some of their core repertory, including a Favorite Cantatas concert a couple of Sundays ago at St. Mark's Lutheran Church. It was fantastically satisfying, one of the most enjoyable early music concerts in memory. 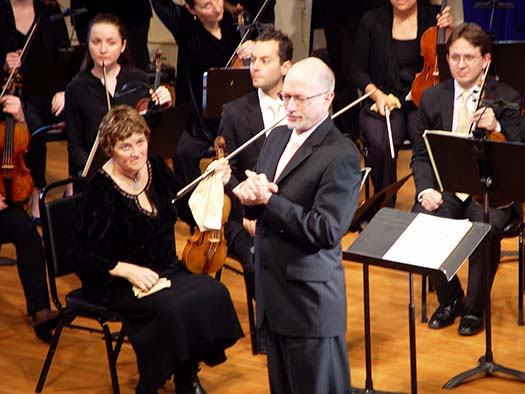 J.S. Bach wrote over 200 cantatas, which are Lutheran chorale hymns he elaborated on and turned into religious mini-operas lasting 15 to 30 minutes. They usually consist of 5 to 10 movements that are a combination of chamber orchestra, chorus, and soloists. Their mixture of modest length and resources with sublimely gorgeous music makes them an inexhaustible pleasure to hear, particularly with performances this fine in a small church setting. 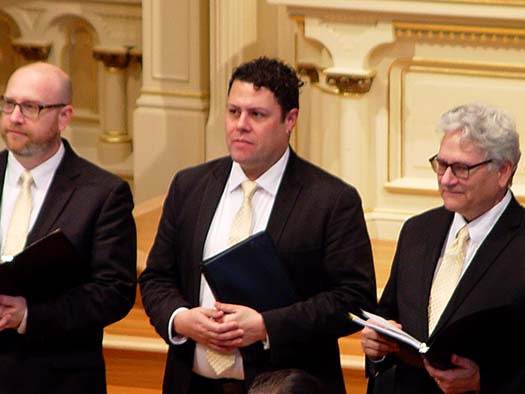 The afternoon of four cantatas started with Jesu, der du meine Seele, which featured the lovely sounding countertenor Jay Carter (above left) and and the tenor David Kurtenbach (above center) who filled in heroically at the last minute for a laryngitis-afflicted Zachary Wilder. 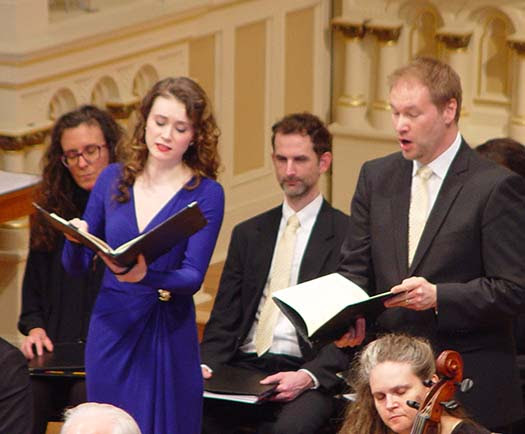 The other two soloists were soprano Nola Richardson and the bass-baritone Tyler Duncan who has a huge yet supple voice. Their duet in the second cantata, Wachet auf, ruft uns die Stemme was deliciously carnal, as a watchman calls for everyone to rise in the town of Jerusalem as a bridegroom arrives to make love to his betrothed. It is supposed to be representing Jesus and the soul of a believer, but it reminded me that J.S. Bach fathered 20 children in between writing his thousands of compositions. 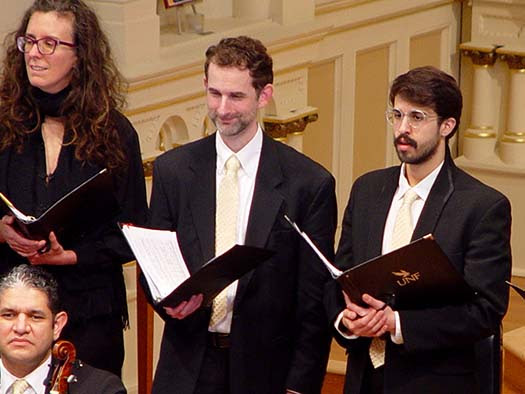 In the second half of the concert, the audience was invited to join the brilliant, translucent American Bach Choir in singing the final chorales. Pictured above are the altos Celeste Winant, Dan Cromeenes, and Matheus Coura. 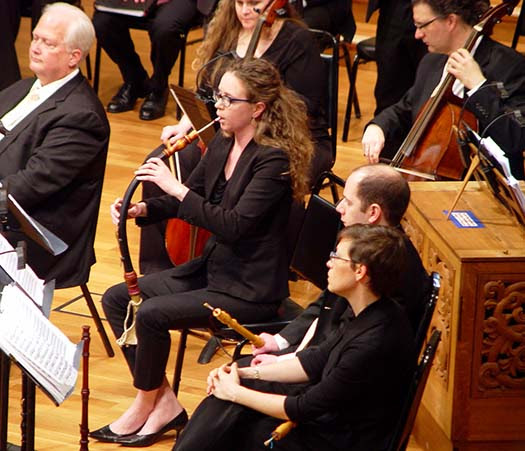 The superb orchestra of original instruments even included the once extinct, recently reconstructed oboe da caccia, played by Priscilla Herreid. 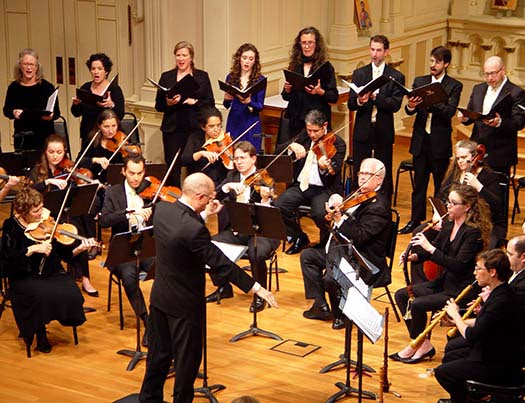 The final two cantatas were Meine Seel erhebt den Herren and Ein feste Burg ist unser Gott, both of which had a few too many references to the war against Satan for my taste, particularly in this time of Christian evangelical insanity in the United States, but the music and the performers managed to carry all before them.
Posted by Civic Center at 3:28 PM