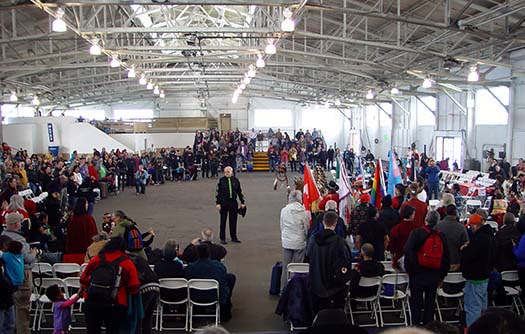 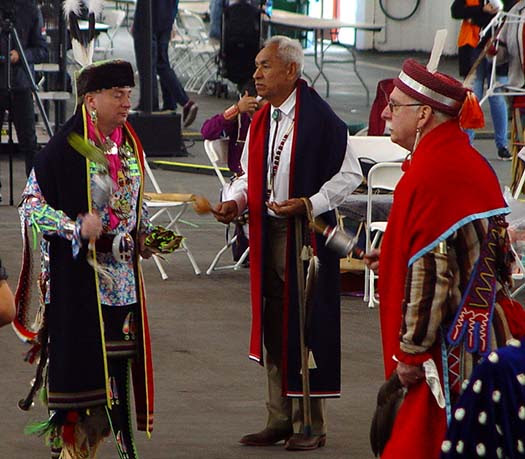 Two-Spirits refers to the feminine and masculine qualities everyone possesses, but which tend to be more interesting and pronounced in gay people. 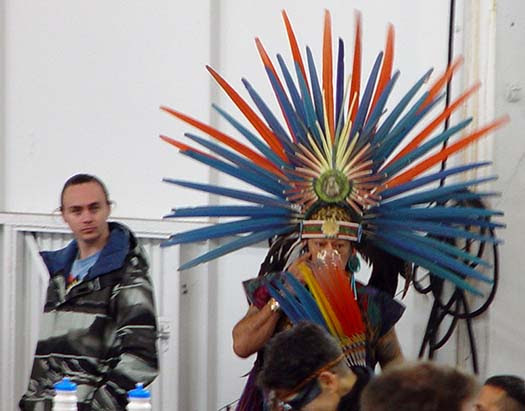 Two-Spirits also refers to a status that existed within many American Indian tribes before they were colonized and slaughtered by Western civilization and its religions. 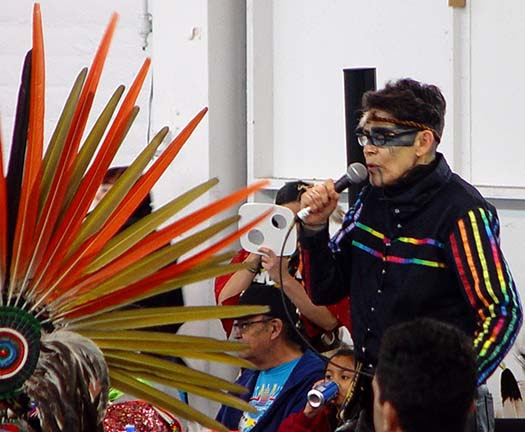 So this event was as much about decolonization, and going back to cultural roots, as it was a modern gay lib event. 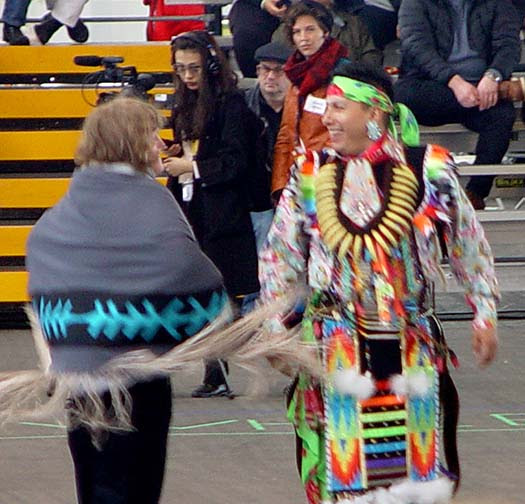 The integration of those two cultures, though, certainly made for colorful dance outfits. 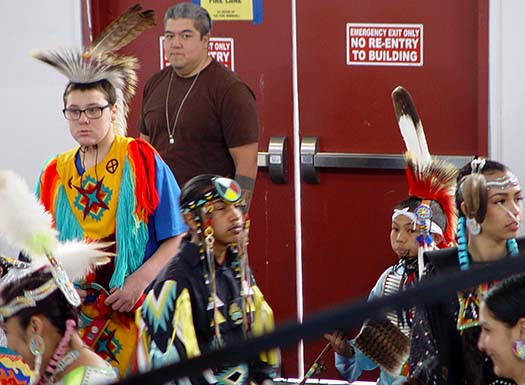 I felt serious costume envy, though, because they were not only beautiful but appeared super comfortable besides, but we're in a time where gringos putting on American Indian tribal wear is still cultural appropriation. 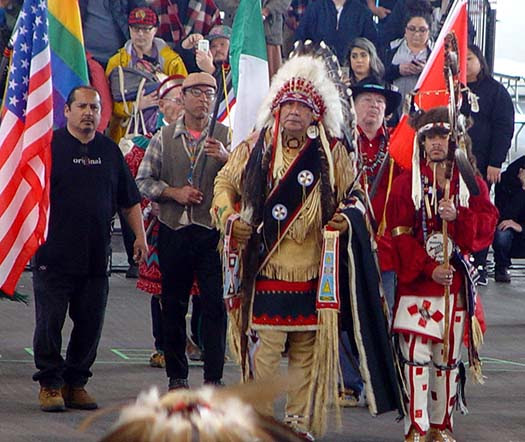 We watched the Grand Entry from bleachers, with drums blazing everywhere as the various groups marched in with their own contingents. 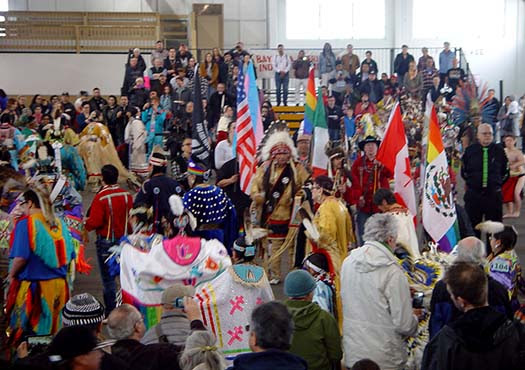 It was a moving event to witness.
Posted by Civic Center at 12:55 PM