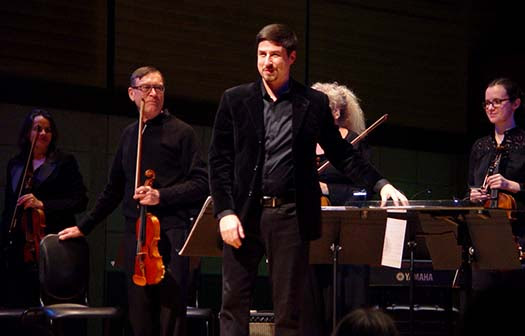 The San Francisco Contemporary Music Players gave a concert last Friday at the SF Conservatory which featured a pair of stunning pieces. First up was Ingram Marshall's 1989 A Peaceable Kingdom, which was a 20-minute mixture of a taped Serbian outdoor funeral procession intertwining with a live chamber orchestra onstage. It's a sweet-and-sour masterpiece, and my favorite new piece of music in some time, which I have been listening to obsessively on YouTube ever since (click here). I had heard the composer's Fog Tropes at the SF Symphony years ago and more recently Sarah Cahill playing his Authentic Presence piano piece that she commissioned, and they were all wonderful, which now makes me want to listen to everything he's written. 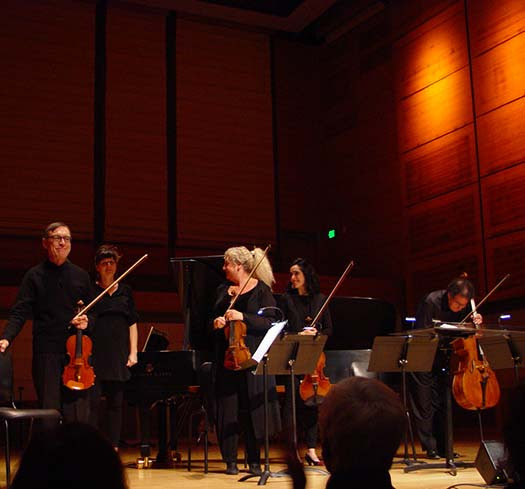 This was followed by the 2002 Slide Stride by Mark-Anthony Turnage. The gimmick here was juxtaposing a stylized version of a Harlem slide piano, nicely played by Kate Campbell, and a busy, modernist string quartet. It was a reminder that I've never warmed up to Turnage's music, and probably never will. 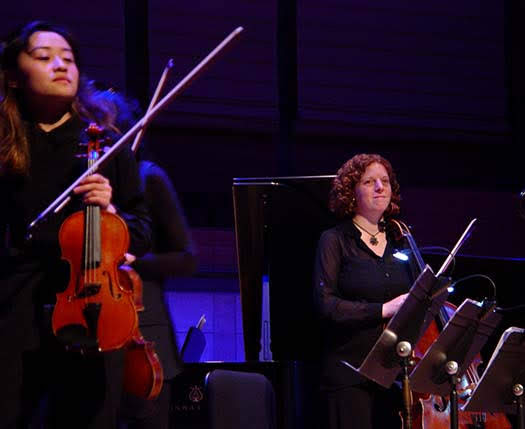 The final piece in the first half of the program was the short, 2008 Some Connecticut Gospel by Timo Andres, that was a modernist riff on New England foursquare church music, and it should have probably started the program because it was completely overshadowed by A Peaceble Kingdom. (Pictured above are SF Conservatory student violinist Shaina Chenfai Pan and the estimable cellist Hannah Addario-Berry.) 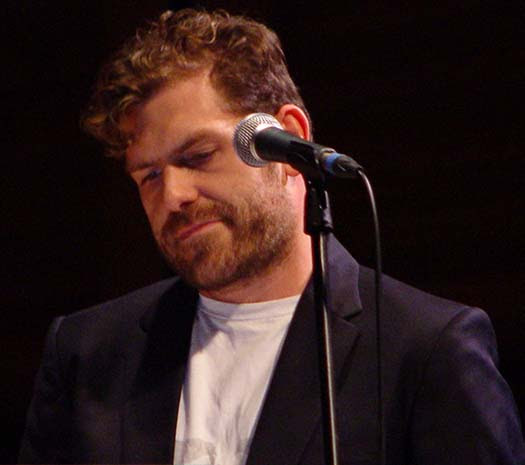 The second half was devoted to composer Ted Hearne, above, who was also the vocal soloist for seven of his 'The Cage' Variations. 'The Cage' in this case is referring not to the composer John Cage, but to a short song written by Charles Ives with the following text:

A leopard went around his cage
from one side back to the other side;
he stopped only when the keeper came around with meat;
A boy who had been there three hours
began to wonder, “Is life anything like that?” 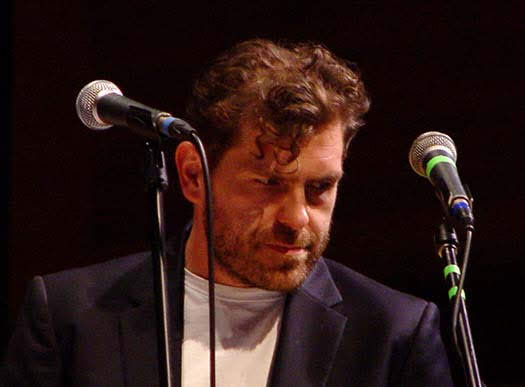 Hearne is one of my favorite young composers in the world, with a genius for rhythm as interesting as Prokofiev or John Adams, and a real affinity for writing vocal music. 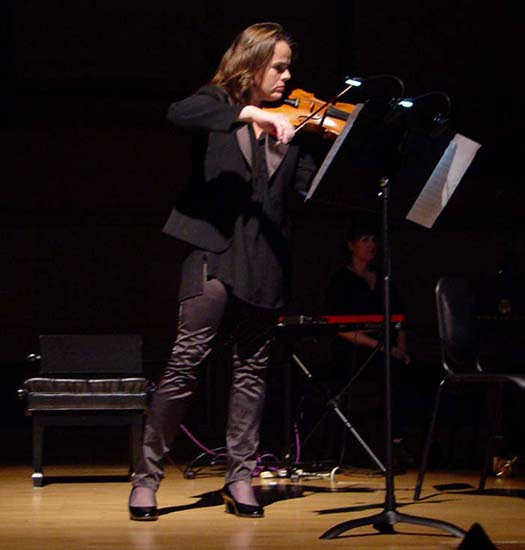 The short variations were all over the place, using snatches of music from the work of friends and colleagues, including Molly Joyce whose Blue Swell was performed in the middle of the variations by Hrabba Atladottir. 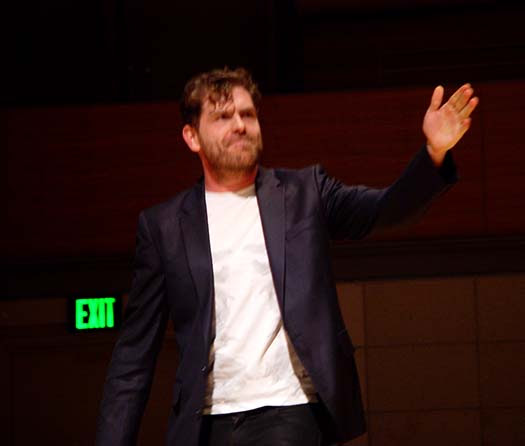 Each of the variations began or ended with Hearne crooning the lyrics to The Cage, sometimes with live instruments and other times with loud electronics, and he had a remarkably professional sounding voice, partly because the piece calls for the use of Auto-Tune. 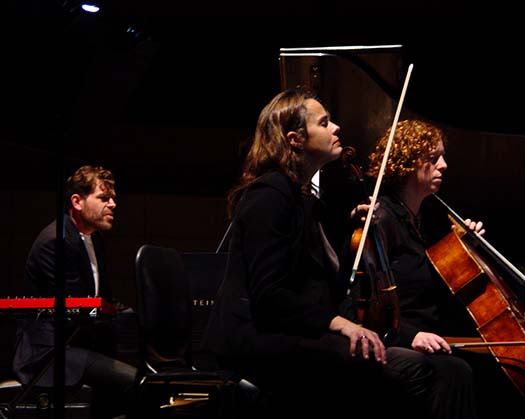 Cage 12, the final variation, had Hearne play the piano and sing the Ives song straight, without a microphone or auto-tune, which is when you could hear the difference in pitch. It was an amazing piece. 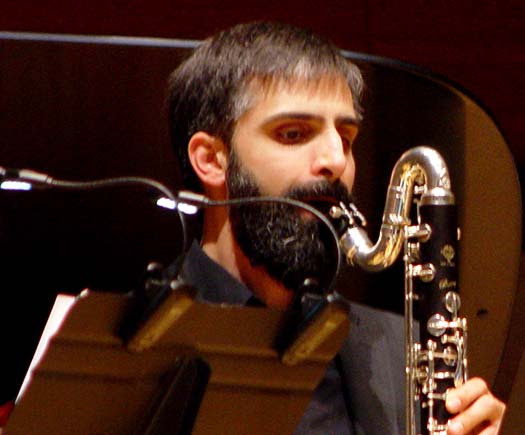 The concert ended with the 2014 By-By Huey for chamber orchestra by Hearne, and it probably should have come before 'The Cage' Variations because it felt anticlimactic after the electrifying performance that preceded it. (Pictured above is bass clarinetist Jeff Anderle, who has long sported the greatest black beard in the New Music world.)
Posted by Civic Center at 6:46 PM

Click here-> grand pianos for sale in the USA