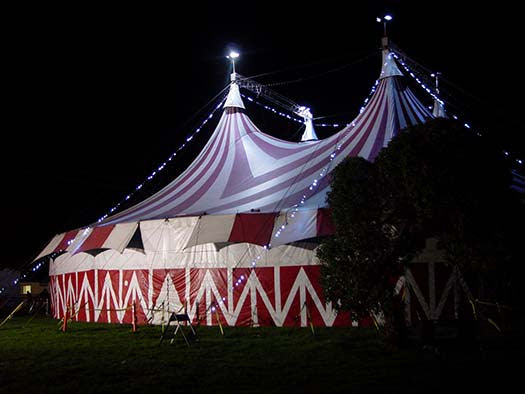 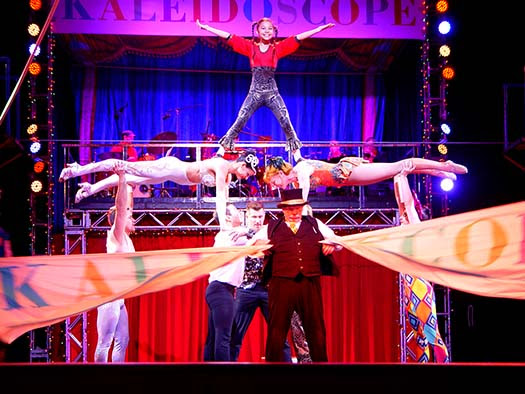 The one-ring circus began in 2008, and their first year, big-top show was a delight on all kinds of levels. 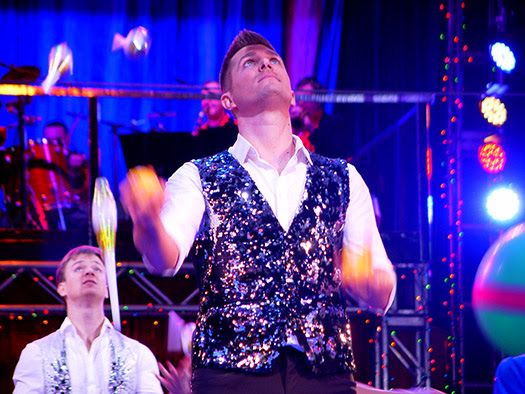 There were individual acts, such as Paul Resell the Aerialist (above center) and Willem McGowen the Diabolo Juggler who joined in group acts that involved juggling... 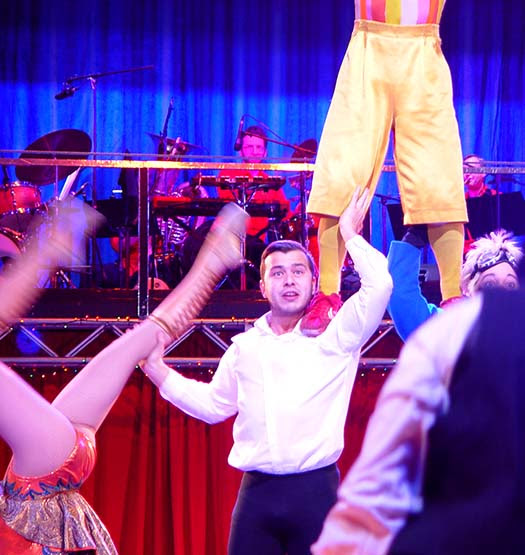 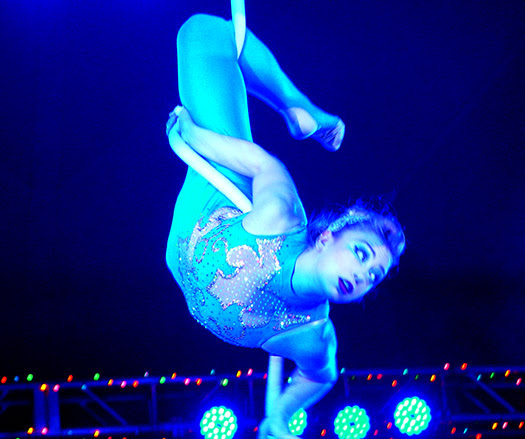 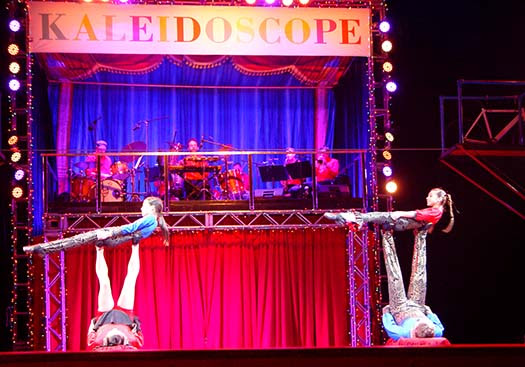 This was followed by the wild, strange family balancing act from the Gentile Family. The composer Erling Wold happened to be in the audience not far from us and I asked him at intermission what he thought of the family act where very small children were being spun around in the air on their parents' feet, and he said it was marvelous. "What about you?" "I thought it was borderline child abuse," I told him, but in truth family circus acts are primal. By the way, the elevated band under composer Rob Reich was consistently extraordinary all night, and if an act became a bit repetitive, I just concentrated on the music. 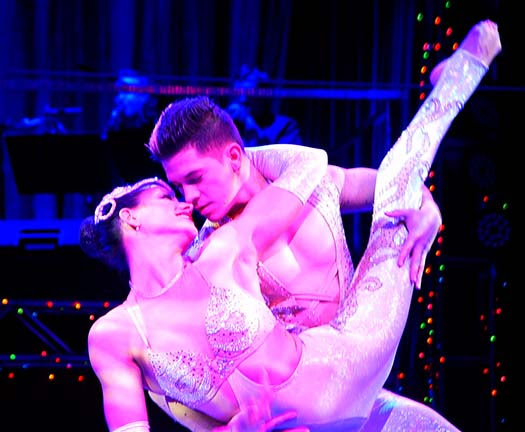 The Cuban dancers/gymnasts Manuel Acosta and Ilenay Pena were so beautiful that their balancing act felt almost superfluous. They were wonderful to watch. 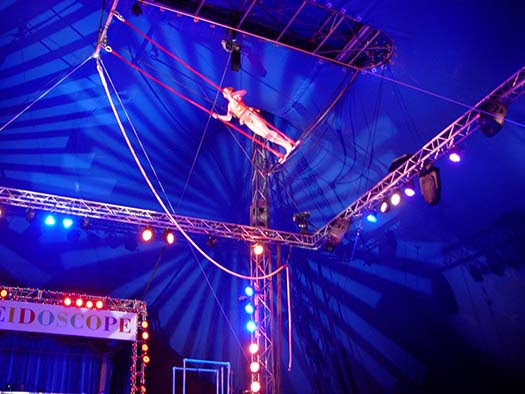 The trapeze artist and dancer Abigail Munn, one of the founders of the company, reserved one of the final individual acts for herself, a trapeze solo that started a bit dull, became more intensely poetic, and finally had you desperately desiring to fly through the air like Ms. Abigail. 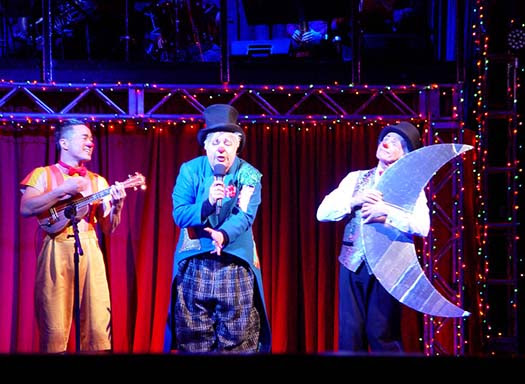 I have an antipathy towards most circus clowns, but the trio of Calvin Ku, Sara Moore, and Steve Smith were not bad. 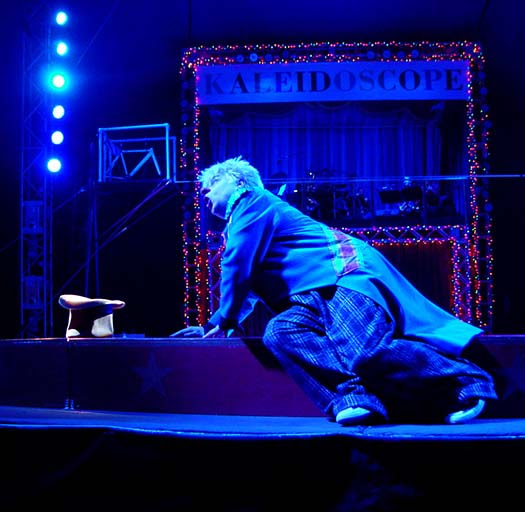 The beyond gender clown of Sara Moore even had a touch of genius. 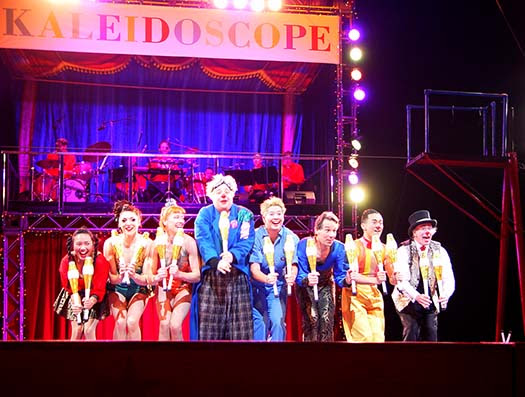 Circus horror only started at the end of the show when we tried to drive off of Treasure Island back to San Francisco.

There is only one exit off the island onto the congested Bay Bridge, and with a crowd of circus attendees and seemingly half the East Bay having arrived at midnight to see the fireworks on the SF Embarcadero, it took close to three hours to get off the island. The idea that this toxic landfill barely above sea level is slated to have 10,000 new condos as part of a corrupt development deal between the Lennar Corporation and SF city leaders over the last two decades is mind boggling. Stop it before it's too late.
Posted by Civic Center at 10:32 PM