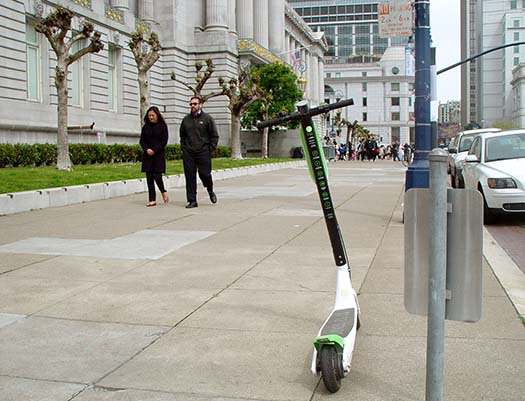 A month ago, rentable electric scooters from three different "disruptor" startups began appearing on the sidewalks of San Francisco. There was no notification of city authorities, no parking infrastructure put in place, and no rules for where you could ride them. 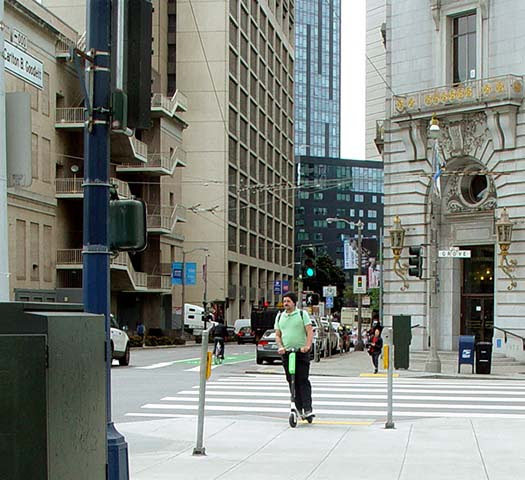 This meant that oblivious characters of all ages, ethnicities, and physical coordination could now use an app on their mobile devices and hop on a balancing board while motoring down a crowded sidewalk at 15 MPH. What could possibly go wrong? 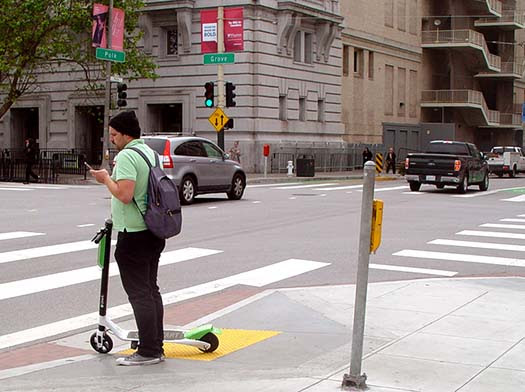 Last week, during a morning rush hour, three-block walk to Caltrain on 5th Street, I was just about hit by seven different riders and watched another one wipe out and crash into a wall after being diverted by a particularly large sidewalk crack. 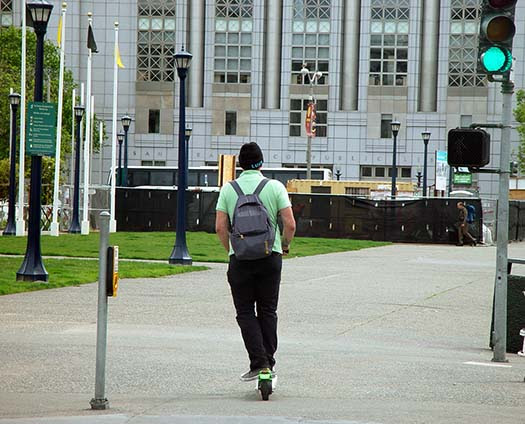 A tsunami of citizen complaints has spurred some City Hall politicians into expressing alarm and proposing legislation. Last week the City Attorney sent a cease and desist letter to the three companies, which they have blatantly ignored. 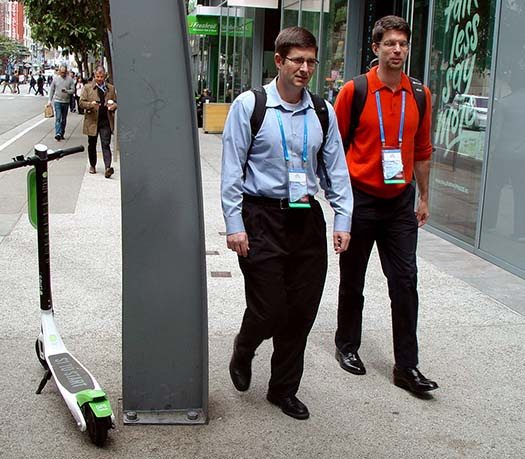 Sections of downtown San Francisco are already at a Manhattan level of crowding, but at least in New York City they know how to walk on crowded sidewalks without slamming into each other. 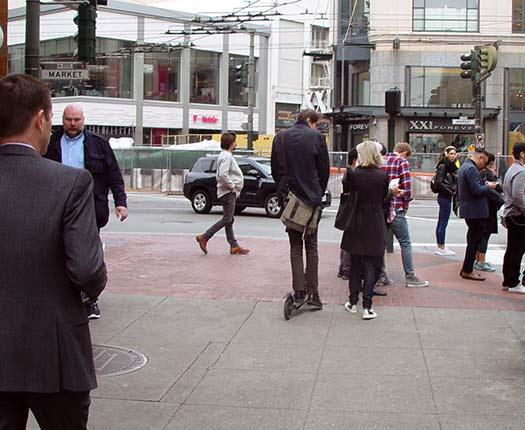 San Francisco drivers, pedestrians and bicyclists are legendarily clueless as they hurtle along blithely, often with earbuds and mobile devices in full distraction mode. Throwing electric scooters into the mix without any restrictions will simply amp up the insanity. 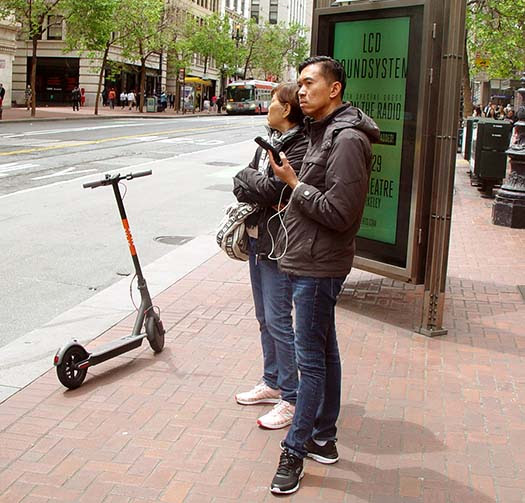 The probable upcoming class action lawsuits will also be legendary. People are dropping off the scooters wherever they like, including at sidewalk bus stops where people are tripping over them trying to board and unboard. A very entertaining woman in her 70s was waiting for a Market Street bus with me and was yelling, "Yes, take a picture of that damned scooter, and send it to your Supervisor. I've already been hit twice now. This is crazy."
Posted by Civic Center at 10:48 AM

Sure, there are issues with these scooters that need to be addressed. But why such outrage and focus of energy on this problem which is trivial compared to the filth of the Civic Center area, rampant crime, drug addicts and mentally ill people wandering and camping. Typical SF, feel good about solving the easy problems like sugary soda and scooters while the city looks worse than many third world countries. Let's focus people.

People in New York City complain endlessly about how nobody knows how to walk down the street!

Dear Unknown: The filth and crazies and junkies are a depressing daily reality in Civic Center (I've lived in the neighborhood for over 25 years so don't need an introduction), but none of them are endangering my health in the same way that bicycles and scoooters on the sidewalk are where they can literally knock me to the ground out of clumsiness rather than crazy malice. When you're old, hips don't heal so fast.

Dear Lisa: That's funny, but really, New York City has always had a higher level of consciousness about how to march down a sidewalk forcefully without touching anyone than anything comparable in San Francisco.

Yeah, I've reported a bunch of these scooters that have been basically left laying around like trash. Shame on their companies for not getting approval first, and shame on them for ignoring the cease and desist.