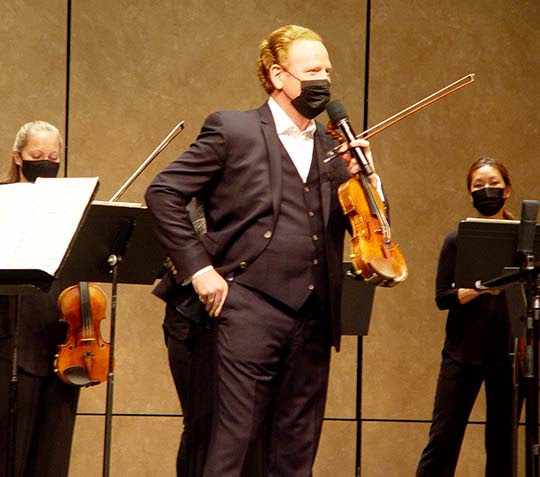 Violinist Daniel Hope, leading the all-strings New Century Chamber Orchestra, returned to Herbst Theater last Saturday for the first performances with the ensemble since the pandemic began. Fittingly, they started with a co-commission from British composer Mark-Anthony Turnage called Lament, which did just that musically in a simpler style than I have heard from him, with a strain of Eastern European mystics like Arvo Pärt and Henryk Górecki in the 15-minute work memorializing the dead. It was surprisingly beautiful. 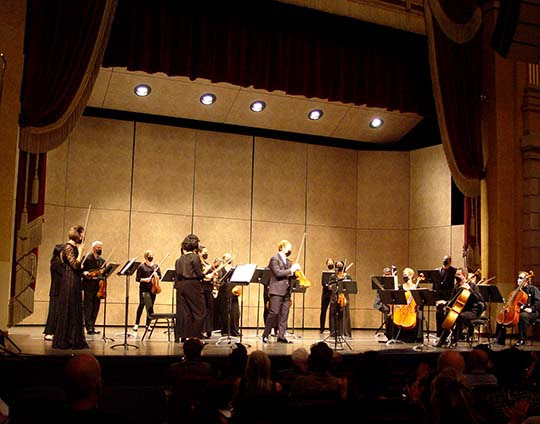 Speaking of Eastern European mystics, the next piece was the Concertino for Violin and Strings by Polish/Russian composer Mieczyslaw Weinberg (1919-1996). It's a mostly sunny work by a usually dark composer who has finally been discovered by orchestras around the world over the last 10 years. It was a fine performance, and a reminder of how good Daniel Hope is as a violinist. 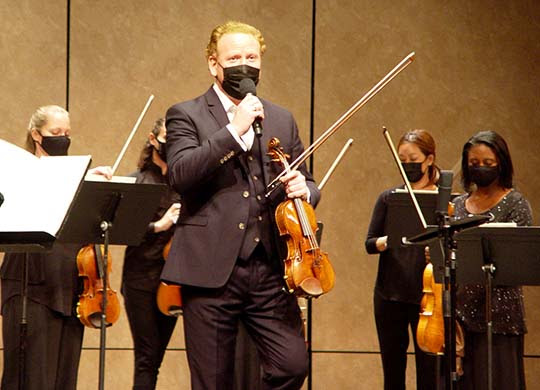 Hope talked about the final piece, Josef Suk's Serenade for Strings, Op. 6, with one of his usual smooth, pointed introductions. "Josef Suk was Dvorak's favorite composing student, and Suk eventually married one of Dvorak's daughters, keeping it all in the family. Dvorak encouraged Suk's talent, but noted that he wanted to see Josef write something with a smile rather than a frown for a change, because everything he had written before the Serenade was in minor keys. So Suk wrote this four-movement work in all major keys, but it still turned out to be sort of sad music." 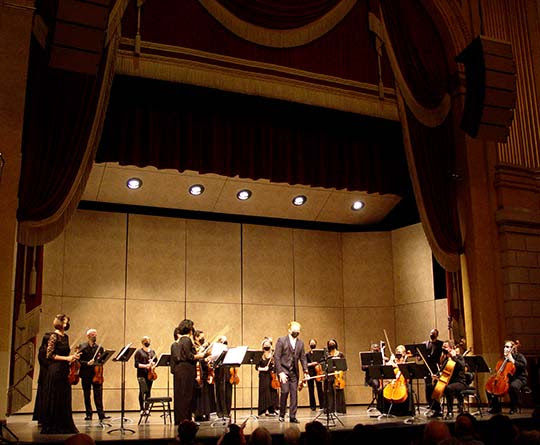 The performance was lovely, and though the reopening of NCCO's concert season was happy, the musical program was streaked with sadness. 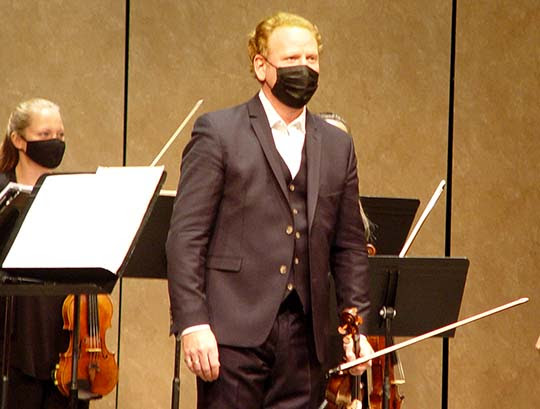