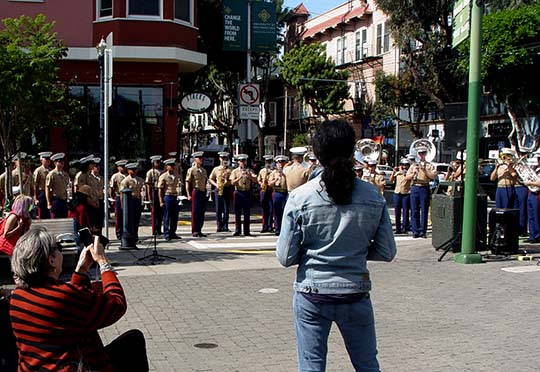 The USMC 1st Marine Division Ceremonial Band showed up at Patricia's Green in the Hayes Valley at noon last Tuesday for a neighborhood concert during San Francisco Fleet Week. 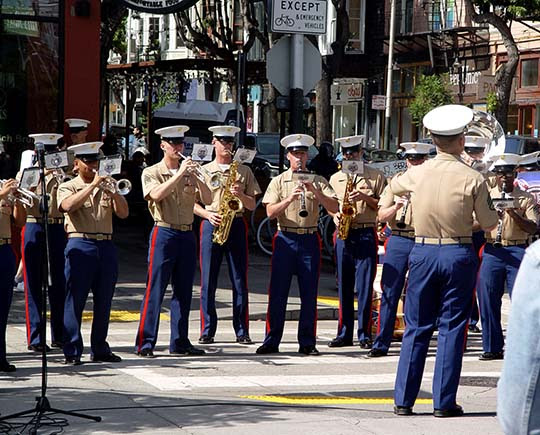 According to a 2016 New York Times article, the U.S. federal government annually spends three times more on military bands than the entire annual budget of the National Endowment for the Arts. 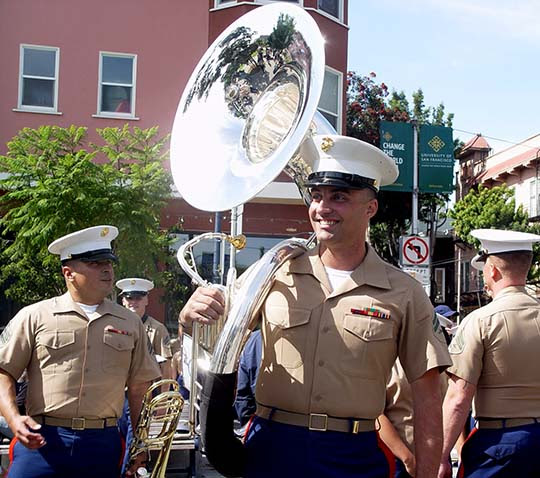 This seems absurd, but it is heartening to know the federal government is paying young people a living wage to perform music, even if they have to join the military to do so. 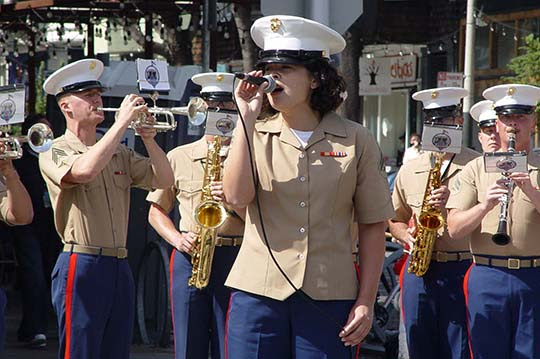 The young woman playing emcee was also a vocalist and she performed a nice rendition of America the Beautiful. The song always brings to mind going to Darcelle's drag nightclub in Portland in the 1970s and seeing her lipsync to the Kate Smith recording while wearing an outrageous red, white and blue outfit and snapping a bullwhip at the audience. (To my utter amazement, I just looked up Darcelle on Google, and found out she's still alive and performing six nights a week at the age of 90. Click here.) 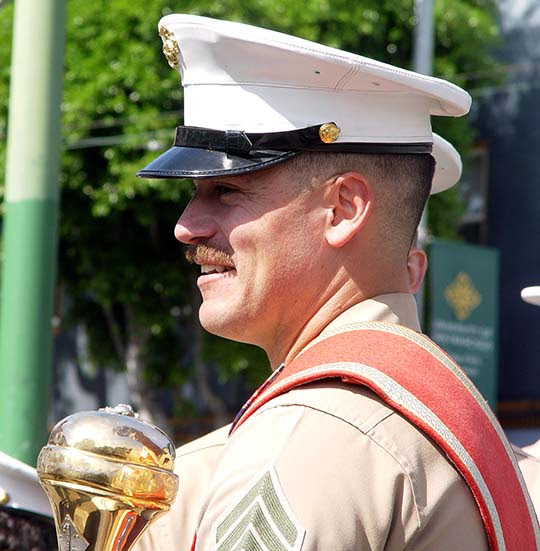 In any case, watching handsome young men in uniforms walking through San Francisco all week is a pleasure. I just wish the event could excise the noisy Blue Angels air show which scares the crap out of animals and people like me.
Civic Center at 4:59 PM
Share