Escape from the Blue Angels 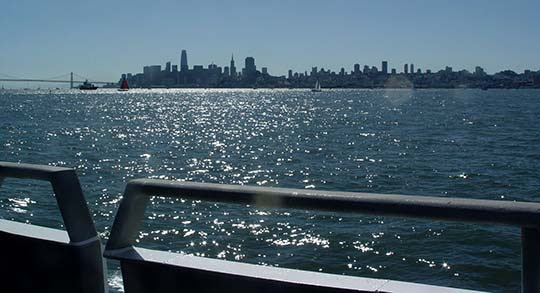 Fleet Week in San Francisco is fun except for the Blue Angels air show, whose rehearsals were so low over the city last week that I could make out faces in cockpits as they flew by my rattling apartment windows. On Saturday afternoon, I decided to escape the cacophony and jumped on a ferry boat to Sausalito. 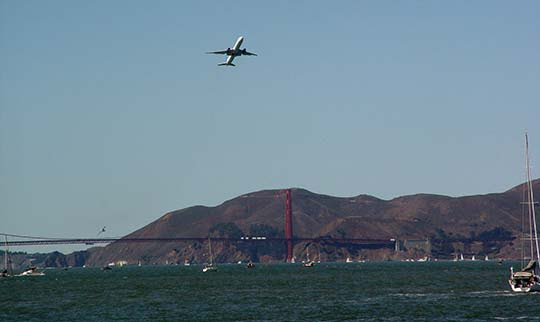 As we were crossing the bay, the four-hour air show started with a United Airlines jumbo jet ascending and descending over the bay and city landmarks.

"Does pointing a jumbo jet at a city's downtown bring 9/11 to mind for you?" I asked a visitor from Boston, and she laughed. "It does seem a little tone deaf, especially after last month's 20-year anniversary." 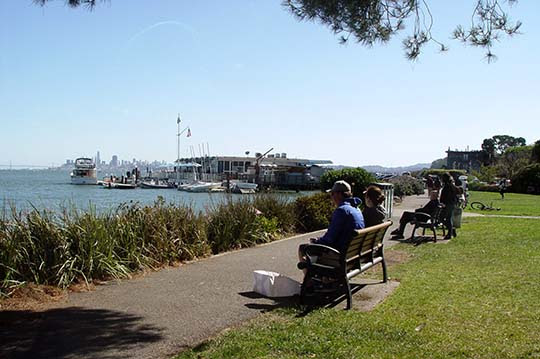 Sausalito was delightfully uncrowded since most tourists were on the San Francisco waterfront. 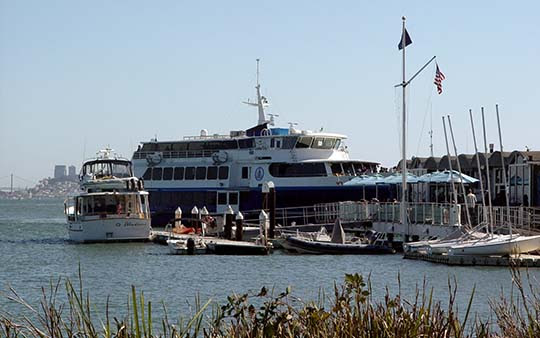 The day was so blissfully beautiful that it was difficult to be anything but grateful to the universe. 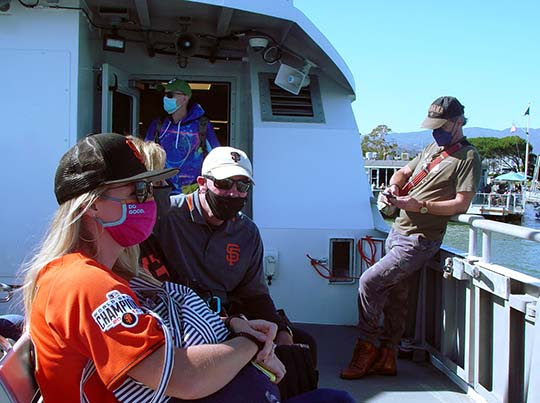 On the ferry back, a family trio were on their way to the second game of the Giants playoffs early that evening, which was envy making until the Giants were eventually routed by the LA Dodgers. 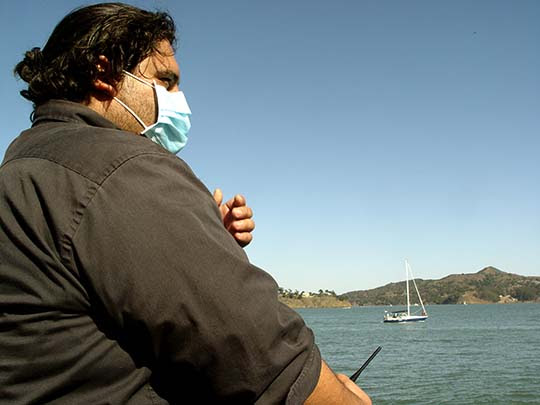 On the back of the boat a Golden Gate ferry employee stood with a walkie-talkie, alerting the the captain of nautical obstacles. 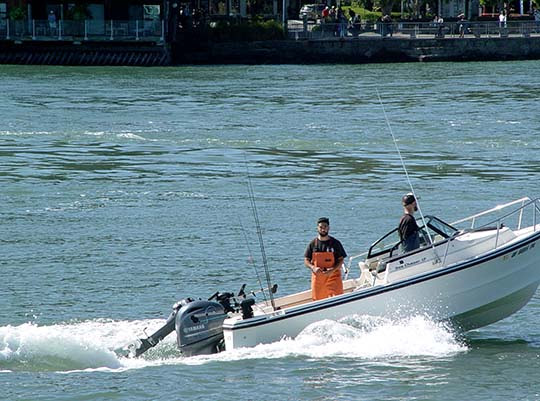 "Speedboat quarter mile to the south heading directly at us, for some reason," he relayed.

The array of small boats along the San Francisco waterfront were a stunning sight... 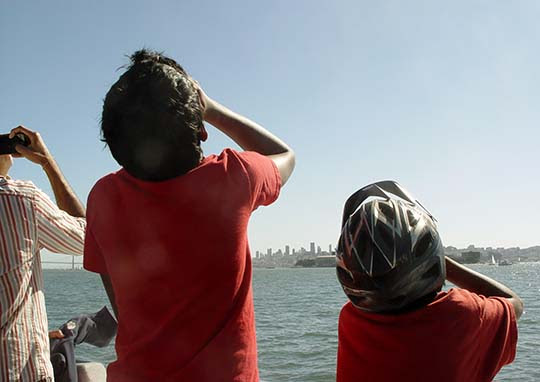 ...and a Boy Scout contingent on our ferry were enraptured by the daredevil planes in the sky.
Civic Center at 4:52 PM
Share