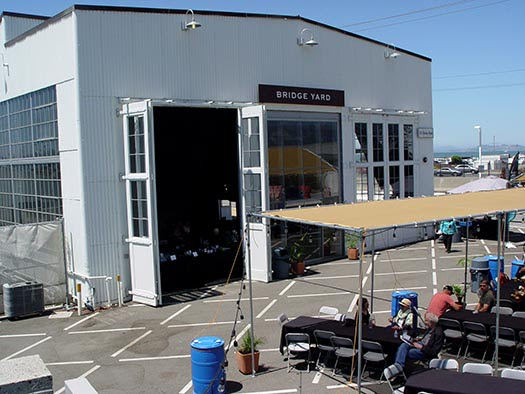 Gluck's 1762 opera, Orfeo ed Euridice, premiered last Sunday at the West Edge Opera Festival in the Bridge Yard warehouse in the Oakland harbor. I'm most familiar with Gluck from his mentions in Hector Berlioz's Memoires, where Hector and his music loving pals would sit in the cheap, front seats at the Paris Opera. When the conductor or instrumentalists deviated from the original score, which Berlioz had memorized because he worshiped Gluck, Hector would stand up and heckle, "Not two flutes, you fool, two piccolos!" 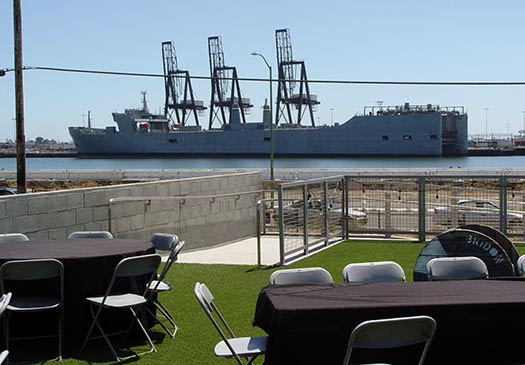 I had never heard Orfeo ed Euridice before, so listened to various versions on YouTube all week which sounded amazingly different from one version to another, sometimes accompanied by a large, thick orchestra and other times with a chamber ensemble. The male role of Orfeo had three different voice types for its European premieres: alto castrato in Vienna, soprano castrato in Parma, and haut-contre (high tenor) in Paris. These days the role is usually performed by a mezzo-soprano. In other words, the opera has gender fluidity baked into its essence, so when it was announced that this production was going to be "all-female," and then amended to "non-binary," my reaction was, "What else is new?" 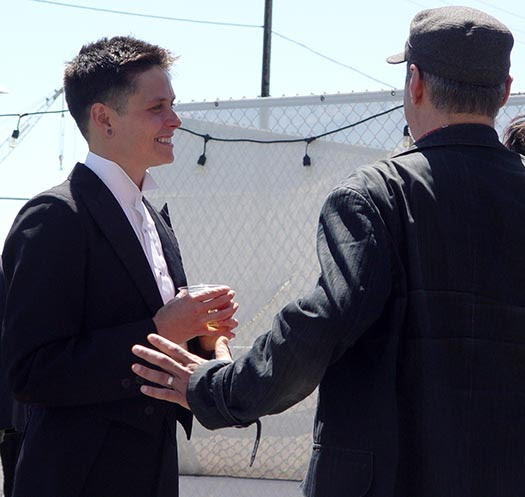 The young director KJ Dahlaw, above, writes in the program bios: "KJ Dahlaw is a queer dance artist, parent, partner and teacher who moved to the Bay Area in 2017. KJ is deeply honored to direct Orfeo & Eurydice, which is a collection of individuals of a variety of genders, cultures and other intersecting identities who aspire to confront white supremacy and other hegemonic systems of oppression." 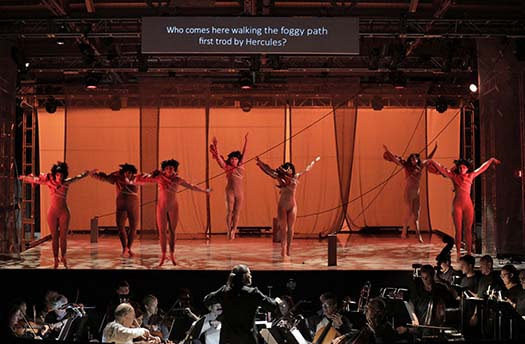 That's fine and dandy, but Dahlaw's direction was lackluster and somnolent and the choreography for seven dancers amateurishly inept. It reminded The Opera Tattler of "yoga combined with Graham technique." My ungenerous assessment was dancercise performed by a collegiate modern dance class. These may have been the least threatening Furies guarding Hades ever put onstage, which was a problem because Orfeo ed Euridice is in the French opera tradition of half vocal music and half ballet. (All production photos are by Cory Weaver.) 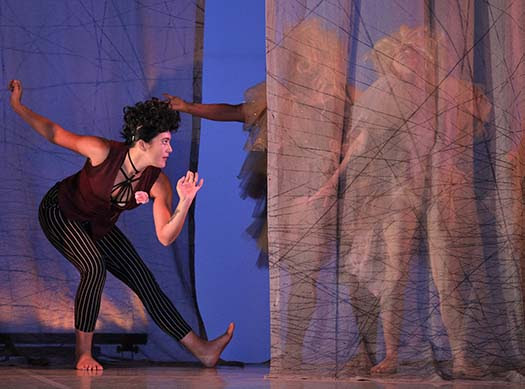 Who did move well was mezzo-soprano Nikola Printz as Orfeo. Onstage from beginning to end. Printz gave a heroic performance in a hugely demanding role, but the acoustics of the space sometimes defeated the singer.

Shawnette Sulker was a welcome delight as the goddess Amore, gaining ovations for her two arias, but the deus ex machina role didn't make much sense because the director changed the happy ending that Gluck and his librettist Ranieri de' Calzabigi inserted that has Amore taking pity on Orfeo and restoring Eurydice to life. 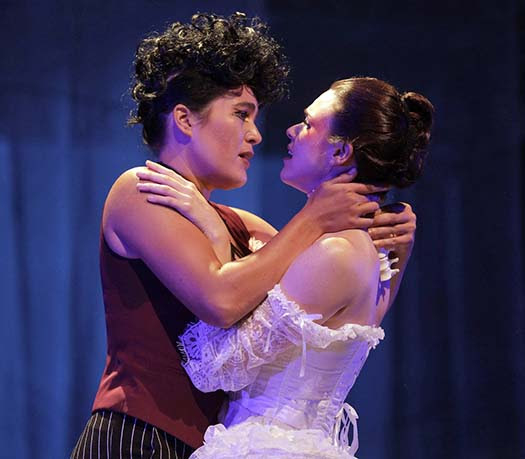 Eurydice doesn't sing until the final, third act but soprano Maria Valdes made the most of her laments. The essence of the myth is the pull towards the underworld of death upon a grieving survivor from a deceased beloved. That spiritual tug is a real phenomenon I witnessed repeatedly with widows of the AIDS plague and personally with the death of my own spouse last year, and there was no sense of that primal story being conveyed in this production. 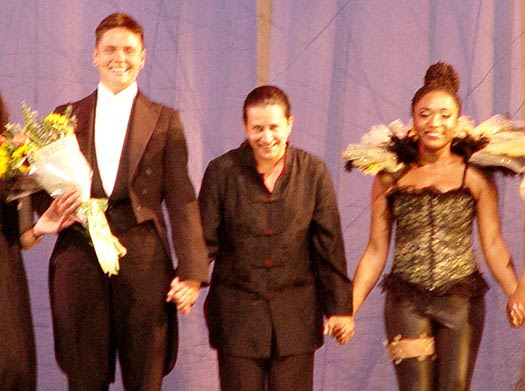 The real heroes of the production were the orchestra and chorus standing in the pit under conductor Christine Brandes (above center), who conveyed the heartbreaking beauty of the musical score with sensitive skill. I look forward to hearing the soprano-turned-conductor lead another opera.
Civic Center at 10:43 AM
Share