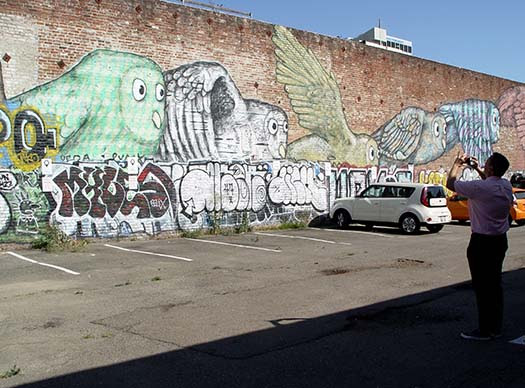 I went with my friend Austin to the wilds of downtown Oakland for a triple opening at the artist-run gallery Mercury 20 on 25th Street. 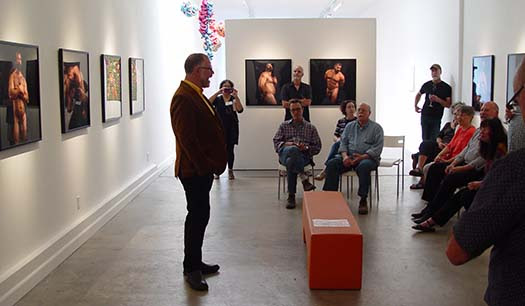 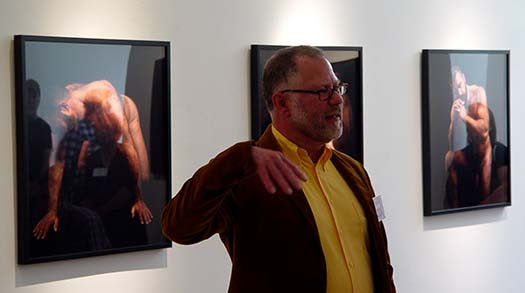 The Bear movement is a gay subculture that formed in reaction to the dominant images of thin, gym-bodied, manicured, young men that were long marketed as the pinnacle of desirability. 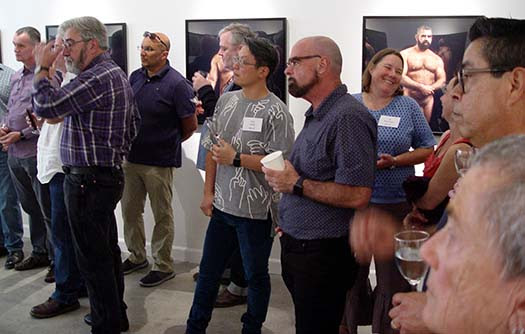 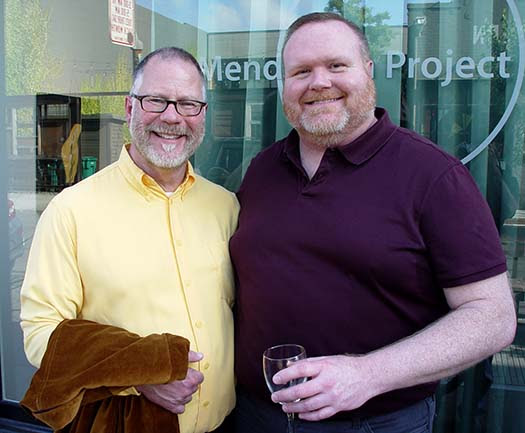 Komater has moved onto other projects, such as obsessing over pixels, and you can check out his work at this website. He's still interested in bears, though, like his lover Hugh. When Komater introduced him to his recently deceased mother, she blurted out, "He's a big fella, isn't he?" 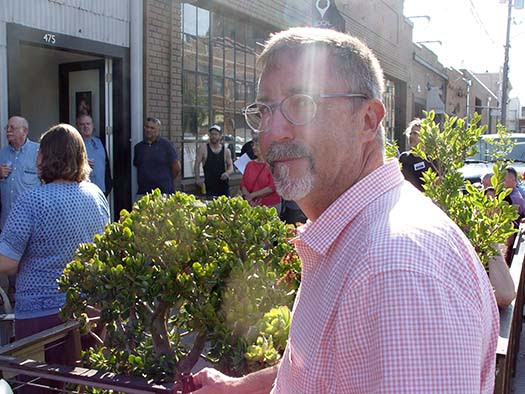 Ruth Tabancay was also gave an artist's talk about her Geometricity 3.0 display, but we missed it while scarfing down strawberries, champagne and beer. 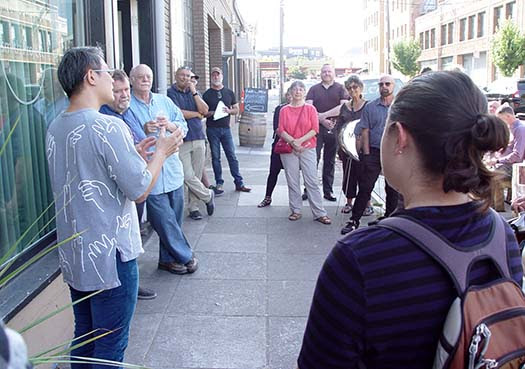 The reason I was there was to see Nick Dong, who I discovered last year. His work is some of the most beautiful, innovative and spiritual sculpture in the world. If you think this is an exaggeration, check out his website, do some exploring, and make sure your sound is on. 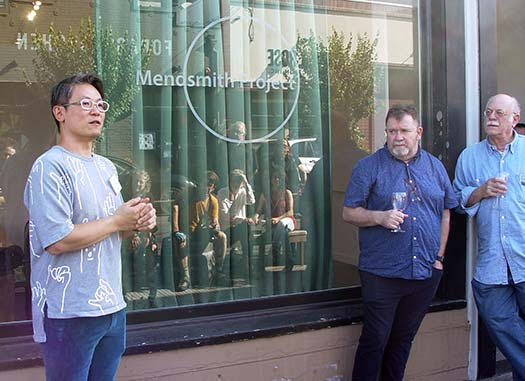 I was intrigued by his conceptual/practical Mendsmith Project, which centers on grief and jewelry. The Mercury 20 website explains: "It all started when a dear friend of Nick Dong lost her husband and all that remained was his wedding ring. Given his background as a jeweler, Dong felt that he could do more than offer heartfelt condolences; rather, he could use his skills to take both his friend and her partner’s wedding rings and forge them into something new, something she could hold onto as an eternal representation of love long after the marriage vows had broken. The ring Dong created for her – a combination of the couple’s wedding rings that set her ring inside her partner’s ring, fixing them in an eternal embrace – is just the start of a project he hopes will enable others to heal through the repurposing of these symbols of love and commitment." 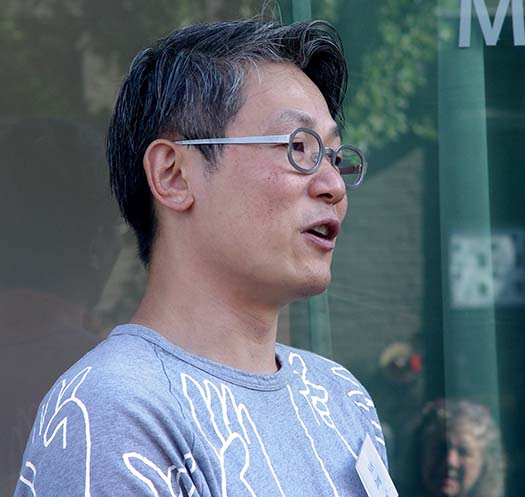 The site continues: "Visitors to the exhibition who would like to participate in this project are asked to bring two jewelry pieces or other small objects of personal significance to be “mended,” one belonging to the visitor and one belonging to the visitor’s loved one. During the scheduled consultation, Dong will ask the visitor to share stories and memories of the lost loved one. Photos, letters, or other artifacts will help Dong understand their special relationship. Dong will work with the visitor to create a concept and design a new piece of jewelry for the visitor with the two objects brought in as the material. The finished piece will be given back to the participants free of charge." 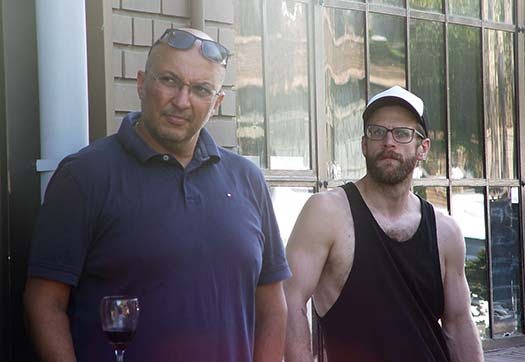 I even brought a metal and turquoise bracelet of my late spouse but tucked it away after realizing I didn't have a piece to offer of my own because I have never worn jewelry. 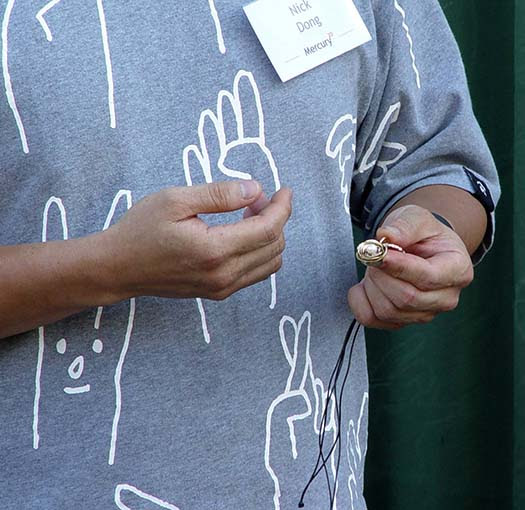 Maybe it's time to start.
Civic Center at 3:26 PM
Share